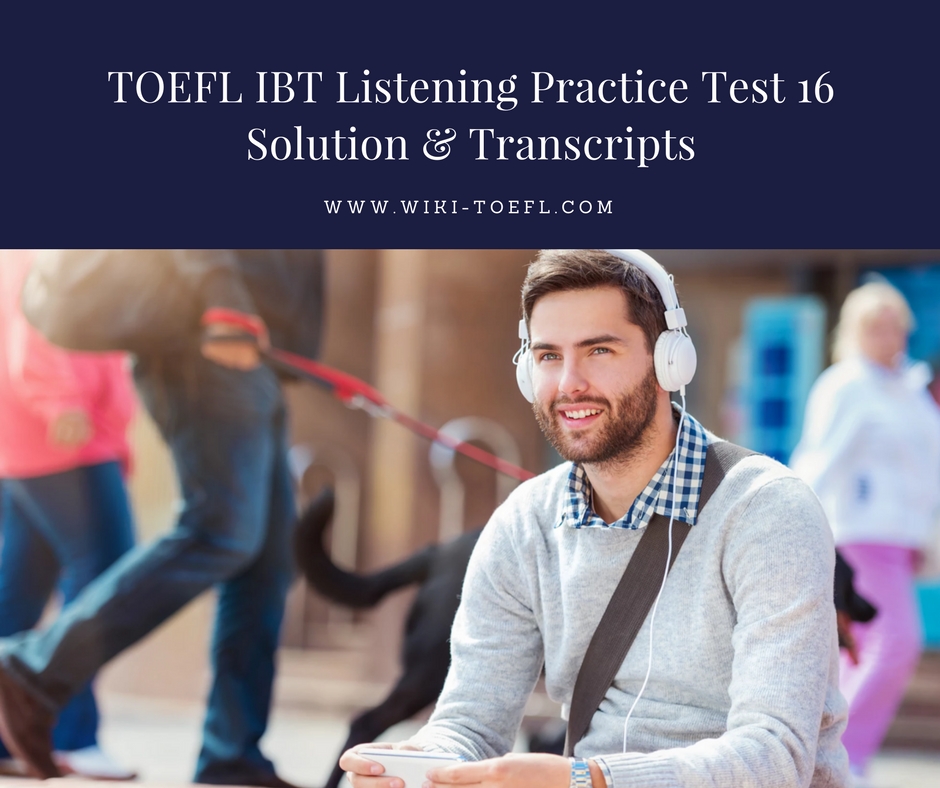 Listen to port of a conversation between a student and a professor.

Student: Sir, I was wondering if you had some time to discuss my thesis.

Professor: I think I can spare a few minutes. What is your subject about?

Student: I was hoping you could help with that. I’m having a bit of trouble deciding on a topic. It’s already October, and I need to get started if I hope to finish by next spring.

Professor Well, hopefully it will be related to psychology.

Student Yes, sir, of course. What I’m really interested in is child development and autism.

Professor: That is an interesting field, but there are some dangers in choosing it as a major thesis topic.

Student Dangers? I don’t understand what you mean.

Student I have been volunteering at the autism center on campus, so I was hoping to do a research report on the children I have been observing.

Professor: Well, that sounds like an excellent idea. I suggest that you focus on patterns of behavior and reactions to certain stimuli.

Student Yes, I was thinking along the same lines. What would you suggest for the number of subjects to be observed?

Professor The larger the sample, the better. How many children are currently in the center?

Student: I believe about ten are regular, and another five or six come once in a while.

Drofessor Well, I would concentrate on the ones that come regularly so you can have a greater amount of data.

Student: But I really don’t want to leave the others out of the study if possible.

Professor You know it might be interesting to find out why they are not attending the center regularly.

Student: I’ve talked to some of the parents, and they just don’t have the time to bring them. Also, I believe there are some who have difficult family situations. At least two of the mothers are divorced, and another is a single mom.

Professor That must be tough. I couldn’t imagine raising an autistic child by myself. Here’s a suggestion: compare the progress of the students who attend regular sessions at the center with those who don’t.

Student: I think that’s a great idea, but I’d have to have the permission of the parents. I don’t want them to think of their child as a guinea pig.

Professor No, of course not. You’ll have to handle it very delicately. Also, don’t have any prejudicial opinions. You may feel that the children in the center will automatically do better than the children who come irregularly. But what we have found over the years is that every autistic child is different, so some do well without attending special classes while others make no progress whatsoever despite years of help. Just keep an open mind when conducting the study.

Listen to part of a lecture in a medical class.

Professor: Now I’d tike to discuss the origins of blood transfusions and the types of blood humans have. You may know that nowadays, blood transfusions, or the giving of one person’s blood to another, are a common practice. Some of you may even have received blood from a donor if you’ve had an accident or operation. However, this is a very recent phenomenon in historical terms. In fact, it may surprise you. but bloodletting, the releasing of blood from the body, was a more common treatment even into the nineteenth century. Perhaps the most famous case was the death of President George Washington, who had repeated bloodletting during an illness at the end of his life. Some historians and medical experts partially blame his death on that.

The first transfusion we have a record of occurred in France in 1667, where the blood of a cow was transfused into a mental patient. The patient survived, but the incident outraged the religious sensitivities of the times, and no further experiments were tried. The next absolute documentation of a blood transfusion occurred in 1818 when an English physician saved a woman who had just given birth by giving her a blood transfusion. By the twentieth century, transfusions were commonplace, and they have been responsible for saving tens of thousands of lives in the wars of the last one hundred years.

Blood is usually stored as whole blood or plasma. Blood can be separated into its various parts, and plasma is the most important. Plasma is a dear, yellowish liquid that is 90% water and is the part of the blood that contains a lot of protein. It is used for treating trauma victims with lots of blood loss since it has very good clotting properties, which is essential for reducing blood loss. It is also easier to store and refrigerate than whole blood. Nowadays, people are asked to donate their blood at blood banks or hospitals. Some places even pay people to provide their blood. The Red Cross is one of the biggest collectors of blood in the United States these days. However, it and many other blood banks faced a tragic scandal in the early 1980s. First hepatitis and then HIV, the virus that causes AIDS, entered the blood bank system and made their way to thousands of patients in operations and medical treatments. Some of the biggest sufferers were hemophiliacs. Approximately 8,000 hemophiliacs got HIV. and about 6,000 of them died.

Now, all blood is rigorously screened for HIV and other viruses, but the fallout from that scandal has caused many people to refuse to donate blood even now. more than twenty years later. Some people erroneously believe that just giving blood will give them HIV. Nothing could be-iurther from the truth. Unfortunately, because of these fears, not enough blood is now in storage even to meet existing needs. Imagine what would happen if we had a disaster. The Wood system would be overwhelmed.

Now I want to talk about different blood types and why one type of blood may or may not be transfused into a patient. There are four basic blood types: A, B, AB. and O. Each blood cell has an antigen, a kind of protein, on its surface. An antigen is a substance that can introduce antibodies, which are the part of our immune system that fights disease. The letters for the blood groups represent these antigens. Another factor in typing blood is the Rhesus, or Rh, factor. It is named for the rhesus monkey, in which it was first discovered. This divides blood further into Rh positive and Rh negative blood groups. So a person could have A negative, A positive, B negative, B positive, AB negative. AB positive, O negative, or O positive blood. In the United States, approximately thirty-seven percent of the people have O positive blood. Thirty-four percent have A positive, and ten percent have B positive blood. The rarest blood type is AB negative. Eighty-five percent of Americans have Rh positive blood.

In a transfusion, a patient must receive a blood type that is compatible with his blood. Blood type O negative is the best for transfusions because everyone can accept it in a transfusion. Unfortunately, only six percent of Americans have O negative blood, which is reflected in the amount donated. A person with AB positive blood type is very lucky because he can use any blood for a transfusion. For some of the others, they can only accept their own blood type and one other that is closely related. If a patient receives the wrong blood, the antigens reject it and cause the red blood cells to stal sticking together. This can cause serious problems. A dot, or lump of blood, can form. If it goes to the heart, lungs, or brain, it can cause a stroke or even death.