Question 1-5: Listen to a conversation between a student and her professor. 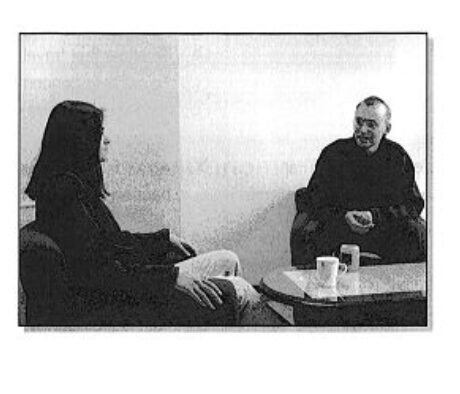 1. Why does the woman go to see her professor?

A. To request him to oxp’ain the steps in a laboratory experiment

B. To discuss a grade she got on a lab report she wrote

C. To ask for counsel on her lab experiments

D. To talk about a laboratory report that she is writing

2. Why does the professor say this: Of

A. To let the woman know he is aware of the problem

B. To ask the woman what caused the failed experiments

C. To find out if the woman is aware of how to conduct an experiment

D. To ask the woman to explain what she did wrong

3. Why does the professor talk about an observation he made In his chemistry classes?

A. To explain an ongoing problem he has in his classes

B. To warn the student that she will fail the class

C. To emphasize the importance of cooperation

D. To help the studant understand what she is doing wrong

4. What does the professor suggest the woman do?

A. Drop the class

B. Have a thorough understanding of an experiment

C. Team up with a better student

5. What can be Inferred about the woman?

B. She is too busy to study.

C. She does not agree with the professor.

D. She was careless about lab technique.

Question 6-11: Listen to part of a lecture from a neuroscience class.

6. What is the lecture mainly about?

B. The causes, symptoms, and cures for sleep apnea

D. A condition that prevents people from getting any sleep

7. Why does the professor mention diabetes?

A. To illustrate how medical intervention can eliminate the symptoms of a serious disease

B. To explain that diabetes comes with greater risk factors than sleep disorders do

C. To give the students a better perspective on how certain physical factors can lead to poor health

D. To show that approximately the same amount of Americans suffer from sleep apnea

8. Which of the following are mentioned as body parts that can cause blockage of the windpipe?

9. According to the professor, what should a sufferer of sleep apnea try at first In order to reduce the symptoms?

B. Having throat surgery

10. Why does the professor say this: O

A. To show that people who sleep in class have a disorder

B. To stress that this sleep disorder can actually be life-threatening

C. To express his opinion that sleep apnea is taken too seriously

D. To illustrate how falling asleep In class can be dangerous to one’s health

11. According to the lecture, what does CPAP stand for?

A. Care Pathologist’s At Passageway

12. What is the lecture mainly about?

A. The physics behind the hydrogen bomb

B. Nuclear fusion and its limitations

13. Why does the professor mention how the hydrogen bomb is built?

A. To show why cold fusion is difficult to achieve

B. To express concern for man’s safety

C. To illustrate the strength of certain fuels

D. To explain the process of fusion

14. According to the professor, why is fusion in general so difficult to achieve?

A. Atoms are not magnetic enough.

B. Plasma needs so much room.

C. It is impossible to compress heat.

D. Tritium and deuterium are too heavy.

15. According to the professor, why do atoms not get trapped in a magnetic field when they are In a superheated state?

A. Because they each have a nucleus

B. Because they move so quickly

C. Because they become sticky

D. Because they create little energy

16. Why does the professor say this:

A. To explain how some scientists believe strongly in cold fusion

B. To prove how serious the debate is for some professors

C. To show that cold fusion has a bad reputation

D. To express how surprised she was by the previous information

17. According to the professor, what event sparked great Interest in cold fusion in the science world?

A. The development of the atomic bomb

B. A solution proposed by Pons and Fleischmann 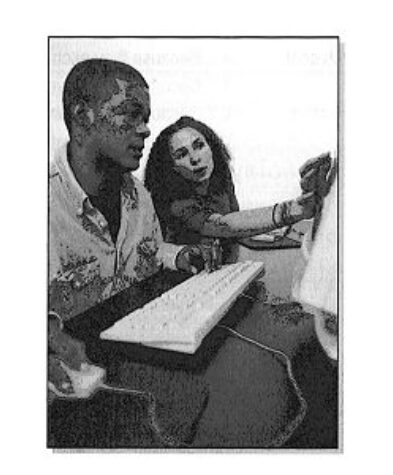 18. What are the speakers mainly discussing?

A. The national identities of France and Germany

B. Looking for sources for an assignment

C. The difference between national identity and nationalism

19. What does the woman suggest the man do?

A. Go over the research papers and books again

B. Ask his professor for more information

C. Change his topic to a more general one

D. Examine what the periodicals have to offer

20. According to the woman, what advantages does the library’s database have?

A. Number of magazines available is unlimited.

B. Extent of research can be determined.

C. Applicability of results to research is rated.

21. What does the woman Imply about the results of the search?

A.  They are either in the French or German language.

B. They are probably not relevant to the man’s topic.

C. Not all of them will be useful to the man.

D. The man must check them to make sure they are about France or Germany.

22. What will the man probably do next?

A. Pay for the printouts

CB. Collect the articles he needs

C.  Conduct another search on a different computer

D. Present a recoipt at the counter

Question 23-28: Listen to a talk on art The professor is discussing the Aitamira Cave.

23. What does the professor mainly discuss?

A.  The formation of the Altamira Cave

B.  How the Altamira Cave paintings were completed

C.  The Altamira Cave and its paintings

D.  The authenticity of the Altamira Cave paintings

24. What does the professor say about the Altamira Cave?

A.  It had been partly destroyed when its bedrock was dissolved.

B.  It was once occupied by the Solutrean and Magdalenian at the same time.

C.  It had previously been inhabited by both people and animals.

D.  It collapsed during a rockfall that occurred 13,000 years ago.

25. In the lecture, the professor describes features of some of the Altamira Cave paintings.

Indicate whether each of the following Is a feature of the paintings. Click In the correct box.

26. What can be inferred about the Altamira Cave paintings?

A.  They were proved to be authentic.

B.  Their genuineness is still under question.

C.  They had been painted by a 19th century artist.

D.  They wore better than cave paintings in France.

27. Why does the professor mention the Stone Age?

A.  To give an example of early Paleolithic paintings

B.  To point out the nature of the Paleolithic period

C. To provide background for a discussion on stone tools used in hunting

D. To show that the artists used stone implements when they painted

28. What is the author’s opinion of the theories on who did the paintings?

A.  They are ridiculous.

B.  They are logical.

C.  They are memorable

D. They are not indisputable.

Question 29-34: Listen to a talk on biology. The professor is discussing animal defensive behavior.

A. Common instincts of animals

B.  Aggressive behavior in animals

C. How animals protect themselves

D. Types of mimicry in animals

30. Why does the professor mention human goals?

A.  To emphasize the similarity between animal and human reactions

B.  To provide background for a discussion on human defensive behavior

C.  To give an example of instincts in human beings

D.  To explain the need for humans to make goals

31. What does the professor imply about violent behavior in animals?

A.  It does not occur unless it is provoked.

B.  It is seldom expected in most animals.

C.  It is typical even with smaller animals.

D.  It is not certain which animal will become violent.

Listen again to part of the lecture. Then answer the question,

A. To express amazement at the likeness between animals and humans

B. To check the students’ reaction to common defensive behaviors

C.  To find out what the students’ experiences are

D.  To explain what human beings do in difficult situations

33. The professor describes how certain animals defend themselves.

Indicate for each animal a characteristic manner in which he defends himself. Click In the correct box.

34. What is the professor’s attitude toward animals that feign death?

A. They are bad actors.

B. They are admirable.

C. They are strange.

D. They are funny.