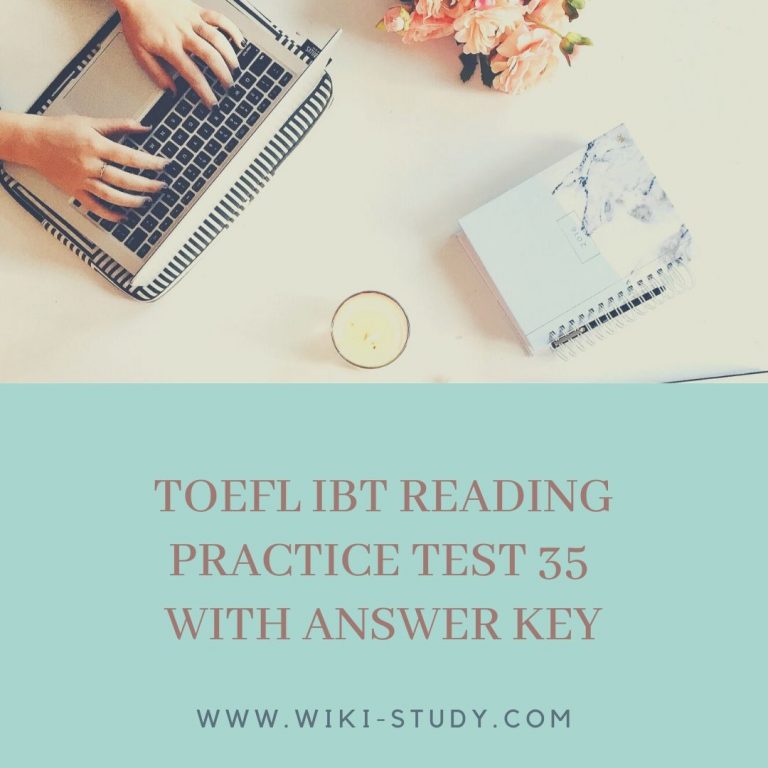 P1: Jazz has been called “the art of expression set to music”, and “America’s great contribution to music”. It has functioned as popular art and enjoyed periods of fairly widespread public response, in the “jazz age” of the 1920s, in the “swing era” of the late 1930s and in the peak popularity of modern jazz in the late 1950s. The standard legend about Jazz is that it originated around the end of the 19th century in New Orleans and moved up the Mississippi River to Memphis, St. Louis, and finally to Chicago. It welded together the elements of Ragtime, marching band music, and the Blues. However, the influences of what led to those early sounds goes back to tribal African drum beats and European musical structures. Buddy Bolden, a New Orleans barber and cornet player, is generally considered to have been the first real Jazz musician, around 1891.

P2: What made Jazz significantly different from the other earlier forms of music was the use of improvisation. Jazz displayed a break from traditional music where a composer wrote an entire piece of music on paper, leaving the musicians to break their backs playing exactly what was written on the score. In a Jazz piece, however, the song is simply a starting point, or sort of skeletal guide for the Jazz musicians to improvise around. Actually, many of the early Jazz musicians were bad sight readers and some couldn’t even read music at all. Generally speaking, these early musicians couldn’t make very much money and were stuck working menial jobs to make a living. The second wave of New Orleans Jazz musicians included such memorable players as Joe Oliver, Kid Ory, and Jelly Roll Morton. These men formed small bands and took the music of earlier musicians, improved its complexity, and gained greater success. This music is known as “hot Jazz” due to the enormously fast speeds and rhythmic drive.

P3: A young cornet player by the name of Louis Armstrong was discovered by Joe Oliver in New Orleans. He soon grew up to become one of the greatest and most successful musicians of all time, and later one of the biggest stars in the world. The impact of Armstrong and other talented early Jazz musicians changed the way we look at music.

1. The Passage answers which of the following questions?
(A) Why did Ragtime, marching band music, and the Blues lose popularity after about 1900?
(B) What were the origins of Jazz and how did it differ from other forms of music?
(C) What has been the greatest contribution of cornet players to music in the twentieth century?
(D) Which early Jazz musicians most influenced the development of Blues music?

2. According to the passage, Jazz originated in
(A) Chicago
(B) St. Louis
(C) along the Mississippi river
(D) New Orleans

4. Which of the following distinguished Jazz as a new form of musical expression?
(A) the use of cornets
(B) “hot Jazz”
(C) improvisation
(D) New Orleans

5. The word “skeletal” in paragraph 2 is closest in meaning to
(A) framework
(B) musical
(C) basic
(D) essential

7. The word “menial” in paragraph 2 is closest in meaning to
(A) mens
(B) attractive
(C) degrading
(D) skilled

8. According to the passage, which of the following belonged to the second wave of New Orleans Jazz musicians?
(A) Louis Armstrong
(B) Buddy Bolden
(C) St. Louis
(D) Joe Oliver

9. All of the following are true EXCEPT
(A) the late 1930s was called the “swing era”
(B) “hot Jazz” is rhythmic
(C) Jazz has been said to be America’s greatest contribution to music
(D) Joe Oliver is generally considered to be the first real Jazz musician

Passage 2: MOON
P1: The Moon has been worshipped by primitive peoples and has inspired humans to create everything from lunar calendars to love sonnets, but what do we really know about it? The most accepted theory about the origin of the Moon is that it was formed of the debris from a massive collision with the young Earth about 4.6 billion years ago. A huge body, perhaps the size of Mars, struck the Earth, throwing out an immense amount of debris that coalesced and cooled in orbit around the Earth.

P2: The development of Earth is inextricably linked to the moon; the Moon’s gravitational influence upon the Earth is the primary cause of ocean tides. In fact, the Moon has more than twice the effect upon the tides than does the Sun. The Moon makes one rotation and completes a revolution around the Earth every 27 days, 7 hours, and 43 minutes. This synchronous rotation is caused by an uneven distribution of mass in the Moon (essentially, it is heavier on one side than the other) and has allowed the Earth’s gravity to keep one side of the Moon permanently facing Earth. It is an average distance from Earth of 384,403 km.

P3: The Moon has no atmosphere; without an atmosphere, the Moon has nothing to protect it from meteorite impacts, and thus the surface of the Moon is covered with impact craters, both large and small. The Moon also has no active tectonic or volcanic activity, so the erosive effects of atmospheric weathering, tectonic shifts, and volcanic upheavals that tend to erase and reform the Earth’s surface features are not at work on the Moon. In fact, even tiny surface features such as the footprint left by an astronaut in the lunar soil are likely to last for millions of years, unless obliterated by a chance meteorite strike. The surface gravity of the Moon is about one-sixth that of the Earth’s. Therefore, a man weighing 82 kilograms on Earth would only weigh 14 kilograms on the Moon.
The geographical features of the Earth most like that of the Moon are, in fact, places such as the Hawaiian volcanic craters and the huge meteor crater in Arizona. The climate of the Moon is very unlike either Hawaii or Arizona, however; in fact the temperature on the Moon ranges between 123 degrees C. to –233 degrees C.

13. The word “massive” in paragraph 1 is closest in meaning to
(A) unavoidable (B) dense (C) huge (D) impressive

15. According to the passage, the Moon is
(A) older than the Earth
(B) protected by a dense atmosphere
(C) composed of a few active volcanoes
(D) the primary cause of Earth’s ocean tides

16. The word “uneven “ in paragraph 2 is closest in meaning to
(A) Heavier
(B) Equally distributed
(C) Orderly
(D) Not uniform

19. A person on the Moon would weigh less than on the Earth because
(A) of the composition of lunar soil
(B) the surface gravity of the Moon is less
(C) the Moon has no atmosphere
(D) the Moon has no active tectonic or volcanic activity

20. All of the following are true about the Moon EXCEPT
(A) it has a wide range of temperatures
(B) it is heavier on one side than the other
(C) it is unable to protect itself from meteorite attacks
(D) it has less effect upon the tides than the Sun

21. Which of the following can be inferred from the passage?
(A) the Moon is not able to support human life
(B) if the Moon had no gravitational influence, the Earth would not have tides
(C) people living in Hawaii and Arizona would feel at home on the Moon
(D) Mars could have been formed in a similar way to the Moon

P1: People of Hispanic origin were on the North American continent centuries before settlers arrived from Europe in the early 1600s and the thirteen colonies joined together to form the United States in the late 1700s. The first census of the new nation was conducted in 1790, and counted about four million people, most of whom were white. Of the white citizens, more than 80% traced their ancestry back to England. There were close to 700,000 slaves and about 60,000 “free Negroes”. Only a few Native American Indians who paid taxes were included in the census count, but the total Native American population was probably about one million.

P3: An enormous amount of racial and ethnic assimilation has taken place in the United States. In 1908, play-write Israel Zangwill first used the term “melting pot” to describe the concept of a place where many races melted in a crucible and re-formed to populate a new land. Some years during the first two decades of the 20th century, there were as many as one million new immigrants per year, an astonishing 1 percent of the total population of the United States.

P4: In 1921, however, the country began to limit immigration, and the Immigration Act of 1924 virtually closed the door. The total number of immigrants admitted per year dropped from as many as a million to only 150,000. A quota system was established that specified the number of immigrants that could come from each country. It heavily favored immigrants from northern and western Europe and severely limited everyone else. This system remained in effect until 1965, although after World War II, several exceptions were made to the quota system to allow in groups of refugees.

22. Why did the author write the passage?
(A) to outline the ways immigration has been restricted
(B) to emphasize the impact of migrants from Europe
(C) to explain and give examples of the concept of a “melting pot”
(D) to summarize the main features of immigration

23. According to the passage, which ancestry predominated at the time of the first census?
(A) Native Americans
(B) Negroes
(C) English
(D) Hispanic

24. The word “ancestry” in paragraph 1 is closest in meaning to
(A) origins
(B) inheritance
(C) color
(D) freedom

25. The word “their” in paragraph 1 refers to which of the following
(A) immigrants
(B) people of Hispanic origin
(C) white citizens
(D) Native Americans

26. Which of the following is true, according to the passage?
(A) a quota system was in place from 1908
(B) a peak period of immigration was in the late 1800s and early 1900s
(C) slaves were not counted in the first census
(D) only those who paid taxes were included in the first census

28. The word “concept” in paragraph 3 is closest in meaning to
(A) location
(B) type
(C) complexity
(D) thought

29. The word “virtually” in paragraph 4 is closest in meaning to
(A) effectively
(B) occasionally
(C) thoroughly
(D) undeservedly

30. Which of the following is NOT true about immigrants
(A) they were subjected to an official quota in the Immigration Act from 1924
(B) during the 1900s immigrants numbered 1 percent of the total population
(C) settlers of Hispanic origin arrived centuries before those from Europe
(D) numbers began to be limited from 1921