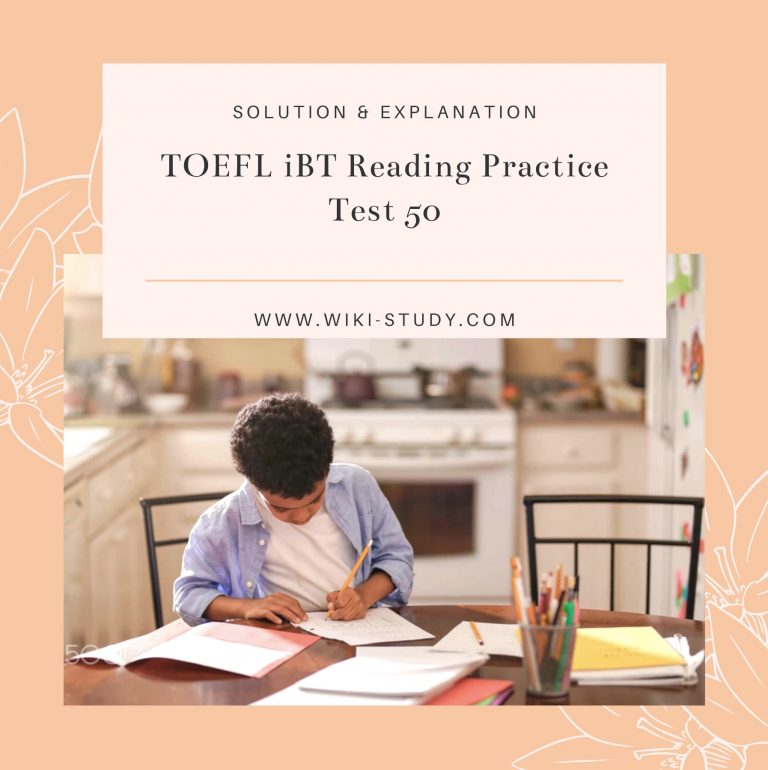 P1: A useful definition of an air pollutant is a compound added directly or indirectly by humans to the atmosphere in such quantities as to affect humans, animals
vegetations, or materials adversely. Air pollution requires a very flexible definition that permits continuous change. When the first air pollution laws were established in England in the fourteenth century, air pollutants were limited to compounds that could be seen or smelled-a far cry from the extensive list of harmful substances known
today. As technology has developed and knowledge of the health aspects of various chemicals has increased, the list of air pollutants has lengthened. In the future, even water vapor might be considered an air pollutant under certain conditions. Many of the more important air pollutants, such as sulfur oxides, carbon monoxide, and nitrogen oxides, are found in nature. As the Earth developed, the concentrations of these pollutants were altered by various chemical reactions; they became components in biogeochemical cycle. These serve as an air purification scheme by allowing the compounds to move from the air to the water or soil on a global basis, nature’s output of these compounds dwarfs that resulting form human activities. However, human production usually occurs in a localized area, such as a city.

P2: In this localized regions, human output may be dominant and may temporarily overload the natural purification scheme of the cycle. The result is an increased concentration
of noxious chemicals in the air. The concentrations at which the adverse effects appear will be greater than the concentrations that the pollutants would have in the absence of human activities. The actual concentration need not be large for a substance to be a pollutant; in fact the numerical value tells us little until we know how much of an increase this represents over the concentration that would occur naturally in the area. For example, sulfur dioxide has detectable health effects at 0.08 parts per million (ppm), which is about 400 times its natural level. Carbon monoxide, however, ahs a natural level of 0.1 ppm and is not usually a pollutant until its level reaches about 15 ppm.

(A) The economic impact of air pollution

(B) What constitutes an air pollutant

(C) How much harm air pollutants can cause

(D) The effects of compounds added to the atmosphere

2. The word “adversely” in paragraph 1 is closest in meaning to

3. It can be inferred from the first paragraph that

(A) water vapor is an air pollutant in localized areas

(B) most air pollutants today can be seen or smelled

(C) the definition of air pollution will continue to change

(D) a substance becomes an air pollutant only in cities

4. The word “altered” in paragraph 1 is closest in meaning to
(A) eliminated

5. Natural pollutants can play an important role in controlling air pollution for which of the following reasons?

(A) They function as part of a purification process.

(B) They occur in greater quantities than other pollutants.

(C) They are less harmful to living beings than are other pollutants.

(D) They have existed since the Earth developed.

6.According to the passage, which of the following is true about human-generated air pollution in localized regions?

(A) It can be dwarfed by nature’s output of pollutants in the localized region.

(B) It can overwhelm the natural system that removes pollutants.

(C) It will damage areas outside of the localized regions.

(D) It will react harmfully with naturally occurring pollutants.

7. The word “noxious‘ in paragraph 2 is closest in meaning to
(A) harmful

8. According to the passage, the numerical valued of the concentration level of a substance is only useful if

(A) the other substances in the area are known

(B) it is in a localized area

(D) it can be calculated quickly

9. The word “detectable” in paragraph 2 is closest in meaning to

10. Which of the following is best supported by the passage?

(B) One of the most important steps in preserving natural lands is to better enforce air pollution laws.

(C) Scientists should be consulted in order to establish uniform limits for all air pollutants.

(D) Human activities have been effective in reducing air pollution.

P1: In science, a theory is a reasonable explanation of observed events that are related.A theory often involves an imaginary model that helps scientists picture the way an observed event could be produced. A good example of this is found in the kinetic molecular theory, in which gases are pictured as being made up of many small particles that are in constant motion.

P3: Science involves imagination and creative thinking as well as collecting information and performing experiments. Facts by themselves are not science. As the mathematician
Jules Henri Poincare said: “Science is built with facts just as a house is built with bricks, But a collection of facts cannot be called science any more than a pile of bricks can be called a house.”

P4: Most scientists start an investigation by finding out what other scientists have learned about a particular problem. After known facts have been gathered, the scientist comes to the part of the investigation that requires considerable imagination. Possible solutions to the problem are formulated. These possible solutions are called hypotheses. In a way, any hypothesis is a leap into the unknown. It extents the scientist’s thinking beyond the known facts. The scientist plans experiments, performs calculations and makes observations to test hypotheses. For without hypotheses, further investigation lacks purpose and direction. When hypotheses are confirmed, they are incorporated into theories.

11. The word “related” in paragraph 1 is closest in meaning to

(A) a good example

(B) an imaginary model

13. According to the second paragraph, a useful theory is one that helps scientists to

(A) find errors in past experiments

14. The word “supported” in paragraph 2 is closest in meaning to

15. Bricks are mentioned in paragraph 3 to indicate how

(C) science is more than a collection of facts

16. In the fourth paragraph, the author implies that imagination is most important to scientists when they

(A) evaluate previous work on a problem

(B) formulate possible solutions to a problem

17. In paragraph 4, the author refers to a hypotheses as “a leap into the unknown” in order to show that hypotheses

(A) are sometimes ill-conceived

(B) can lead to dangerous resultss

18. In the last paragraph, what does the author imply a major function of hypotheses?

(A) Sifting through known facts

(B) Communicating a scientist’s thoughts to others

19.Which of the following statements is supported by the passage?

(A) Theories are simply imaginary models of past events.

(B) It is better to revise a hypothesis than to reject it.

(C) A scientist’s most difficult task is testing hypotheses.

(D) A good scientist needs to be creative.

P1: By the mid-nineteenth century, the term “icebox” had entered the American language, but ice was still only beginning to affect the diet of ordinary citizens in the United States. The ice trade grew with the growth of cities. Ice was used in hotels, taverns, and hospitals, and by some forward-looking city dealers in fresh meat, fresh fish, and butter. After the Civil War (1860-1865), as ice used to refrigerate freight cars, it also came into household use. Even before 1880, half the ice sold in New York, Philadelphia, and Baltimore, and one-third of that sold in Boston and Chicago, went to families for their own use. This had become possible because a new household convenience, the icebox, a precursor of the modern refrigerator, had been invented. Making an efficient icebox was not as easy as we might now suppose. In the early nineteenth century, the knowledge of the physics of heat, which was essential to a science of refrigeration, was rudimentary. The commonsense notion that the best icebox was one that prevented the ice from melting was of course mistaken, for it was the melting of the ice that performed the cooling. Nevertheless, early efforts to economize ice included wrapping the ice in blankets, which kept the ice from doing its job. Not until near the end of the nineteenth century did inventors achieve the delicate balance of insulation and circulation needed for an efficient icebox.

P2: But as early as 1803, an ingenious Maryland farmer, Thomas Moore, had been on the right track. He owned a farm about twenty miles outside the city of Washington, for
which the village of Georgetown was the market center. When he used an icebox of his own design to transport his butter to market, he found that customers would pass up the
rapidly melting stuff in the tubs of his competitors to pay a premium price for his butter, still fresh and hard in neat, one-pound bricks. One advantage of his icebox,
Moore explained, was that farmers would no longer have to travel to market at night in order to keep their produce cool.

20. . What does the passage mainly discuss?

(A) The influence of ice on the diet

(B) The development of refrigeration

(C) The transportation of goods to market

(D) Sources of ice in the nineteenth century

21. According to the passage, when did the word “icebox” become part of the language of the United States?

(C) During the Civil War

(D) Near the end of the nineteenth century

22. The phrase “forward-looking” in paragraph 1 is closest in meaning to

23.The author mentions fish in paragraph 1 because

(B) fish was shipped in refrigerated freight cars

(C) fish dealers were among the early commercial users of ice

(B) the Civil War

25. According to the passage, which of the following was an obstacle to the deveopment of the icebox?

(A) Competition among the owners of refrigerated freight cars

(B) The lack of a network for the distribution of ice

(C) The use of insufficient insulation

26. The word “rudimentary” in paragraph 1 is closest in meaning to

27.According to the information in the second paragraph, an ideal icebox would

(A) completely prevent ice from melting

(B) stop air from circulating

(D) use blankets to conserve ice

28. The author describes Thomas Moore as having been “on the right track” to indicate that

(B) Moore was an honest merchant

(C) Moore was a prosperous farmer

29. According to the passage, Moore’s icebox allowed him to

(A) charge more for his butter

(B) travel to market at night

(D) produce ice all year round

30. The “produce” mentioned in line 25 could include