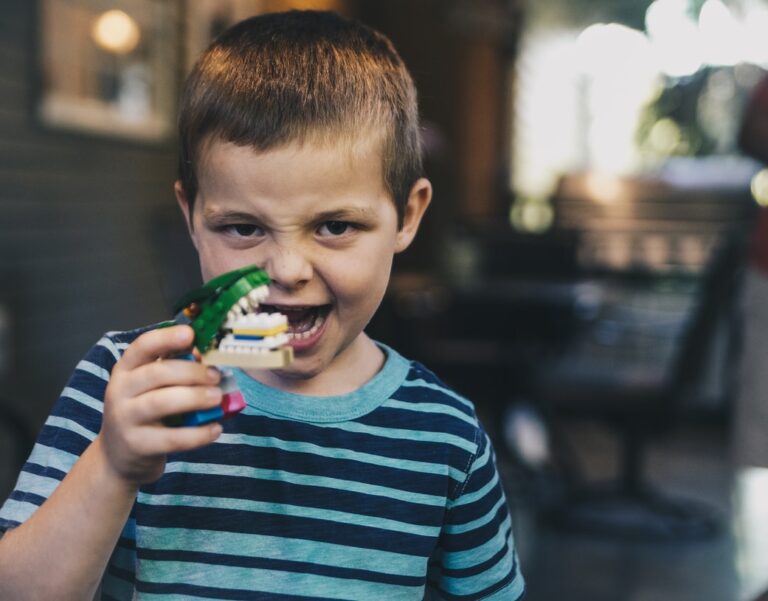 For decades, children are obsessed with these toys which are sometimes strange to their parents. They are fascinated by dinosaur toys, their room is decorated with dinosaur posters and they can’t stop watching movies about them. The source of this dinosaur obsession is not clear to many. Dinosaurs are big, unusual, dangerous, scary and exciting. They haven’t existed for millions of years, but children love them and know everything about them. If you don’t understand why your child is obsessed with dinosaurs and knows every fact about T-Rex, find out more about it below.

Dinosaurs are huge, scary and exciting

For young children, these creatures are mystical creatures. They are fascinated by their appearance and the story of mystical dinosaurs. What attracts them are sharp teeth, large claws, scaly bodies, unusual limbs, etc. Children cannot come to terms with the fact that there used to be something so big, scary and unknown. And websites like cpstoyworld offer some many different dinosaur figures so kids can learn not only about T-Rex or a few of the most famous, but about the many species of dinosaurs that have lived.

Since dinosaurs are quite different from the animals we can see every day on TV or in their environment, mystical creatures seem unattainable to them. I can never meet them live again which makes them enchanted. Psychologists also confirm that this phenomenon is partly a consequence of the instincts of hunters and prey.

This means that these creatures lead children to endless fantasies. They observe their strange bodies and come up with all sorts of ideas. For example, they find it interesting that in other circumstances he would be a hunter and a dinosaur his possible food or vice versa.

We can say that in children, love for dinosaurs covers the emotional, imaginary area and a few more. Your child thinks intellectually and seeks answers to their questions. After receiving the information, it includes the imagination while searching in the unknown world of fantasy. You will probably hear a lot of fictional stories, but some may have something to do with the truth.

So, this phase is quite prominent in many children. This can happen quite spontaneously. For example, your child has watched a show or movie about dinosaurs. However, you may be the main culprit of his obsession. For example, many parents make a dinosaur masquerade costume, randomly choose toys, and so on. Your child was probably fascinated for days after that. One of the reasons is that for them, dinosaurs represent strength, power and speed.

Depending on their type, they can represent other traits such as resourcefulness. For example, some herbivorous dinosaurs have elongated necks that help them catch the canopy. This means that your child is slowly beginning to realize how wise nature really is, and such things make him think. Children quickly identify with these traits, because they let their imagination run wild.

Some children simply gravitate more to dinosaurs than other children, and much research has been done on this topic. Many of them indicate that boys are more likely to develop an intense interest in dinosaurs than girls. This disparity is a consequence of physiognomy. While male children rely on classifying and sorting information, the brain in girls is more emotionally aware than systematic. One of the reasons why boys prefer dinosaurs is the possibility of easier enjoyment of knowledge about dinosaurs, which is based on classification.

Of course, there are girls who are equally fascinated by these mystical creatures. This does not mean that they are different. In addition to previous research, some sociological research has been done. They suggest that the boy’s preference is a consequence of the imposed gender norm, and not cognitive function. However, these feelings towards dinosaurs also develop during the game or division in the game.

In general, it will be easier to find boys who love dinosaurs, which will contribute to the development of deeper interest. This situation does not affect the same girls who could receive negative feedback due to gender division. After all, most children are very interested in the game of pretending. This includes playing with dolls such as dinosaurs.

Intensive interest as a basis for further education

Do not ignore such interests in your children, because they are very useful for them. Cognitively, the consequences of intense interest in dinosaurs are improved attention and skills for processing complex ideas. If your child continues to acquire knowledge about these beings, they can practice noticing similarities and differences. It is an opportunity to discover new things and gain a sense of achievement. Don’t forget that this is a topic that is admired not only by children but also by people.

So we were all fascinated at some point by their dominance over the world, and some still are. What you should teach your child is not to be afraid of dinosaurs, because that way he will enjoy the learning process more. In that case, you will connect learning with a sense of security, which means that the child will find it easier to remember the facts on this topic. This is how you encourage them to constantly explore knowledge.

When does the interest in dinosaurs decrease?

Although children are very interested in this topic, many of them are starting to lose interest in dinosaurs and the fictional world at the age of 5 or 6. Great enthusiasm suddenly disappears when children want to make sense of reality instead of living in a fictional world. They draw all their attention to the skills they learned over time while creating the fictional. Another factor influencing the decline in interest is the expansion of social circles.

While younger children take care of themselves and their immediate family, older children begin to take an interest in others and take care of their relationships. For example, a parent will be patient with a child and talk about dinosaurs for hours if needed, unlike other people.