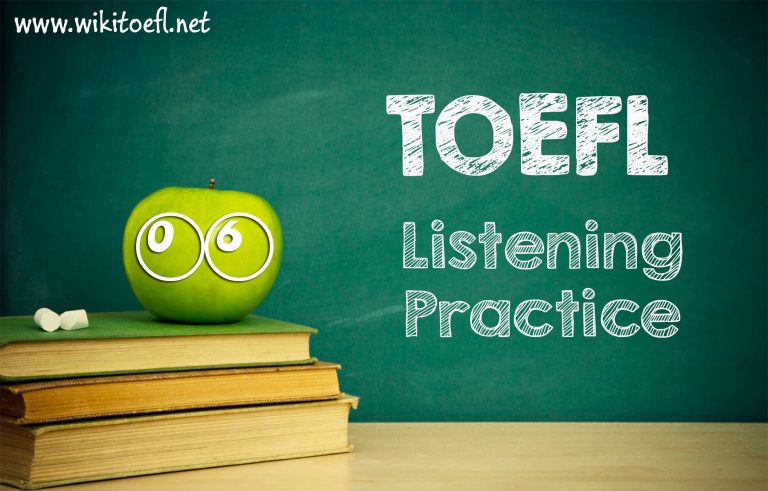 The Listening section tests your ability to understand spoken English that is typical of interactions and academic speech on college campuses. During the test, you will listen to conversations and lectures and answer questions about them.

You will hear each conversation or lecture one time. You may take notes while you listen, but notes are not graded. You may use your notes to answer the questions.

Choose the best answer for multiple-choice questions. Follow the directions on the page or on the screen for computer-assisted questions. Click on Next and then on OK to go on to the next question. You cannot return to previous questions. 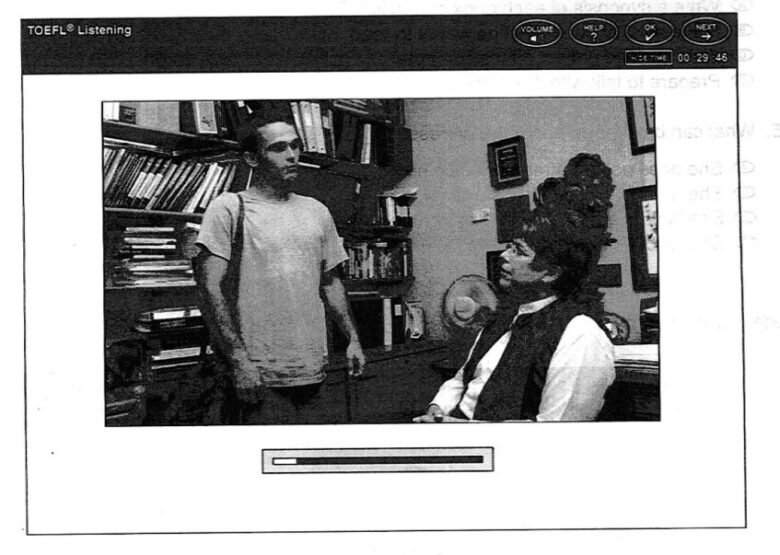 1. Why does the man go to see his professor?

CD To borrow some books for his project

CD To hand in the first book report

CD To ask about the professor’s requirements

CD To talk about literary movements

2. How is the second part of the reading list different from the first part?

CD More minority authors are represented.
CD All of the writers are from North America.
CD It includes books from the Post Modem Period.
CD In addition to novels, some plays are on the list.

3. What does the man mean when he says this:

CD He does not understand the term.
CD He is interested in the idea.
CD He is not sure how to pronounce it.

CD He thinks that the word is humorous.

4. What will the man probably do before the next meeting?

CD Write a synopsis of each book on the list

CD  Make a list of books that he wants to read

CD Finish the art project on his computer

CD Prepare to talk with the professor

5. What can be inferred about the professor?

CD She does not have regular office hours.
CD She is willing to help her students.
CD She is not very flexible with assignments.
CD She teaches British literature. 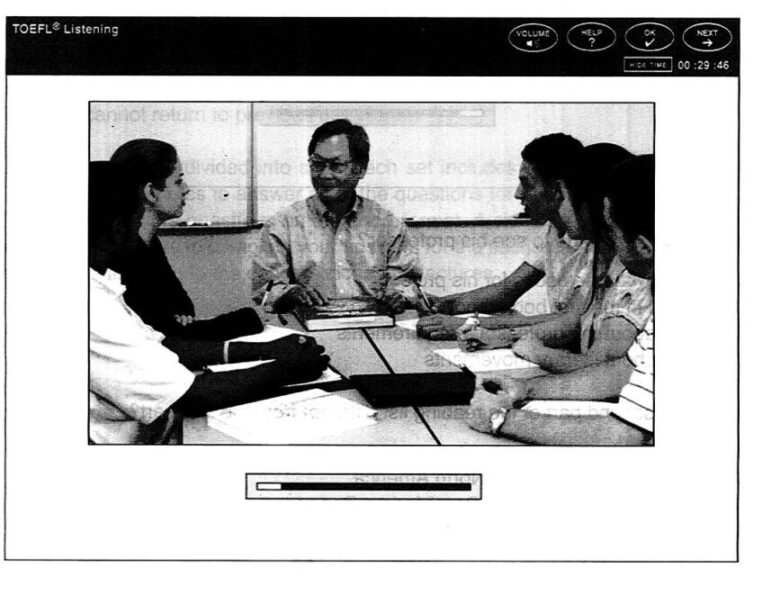 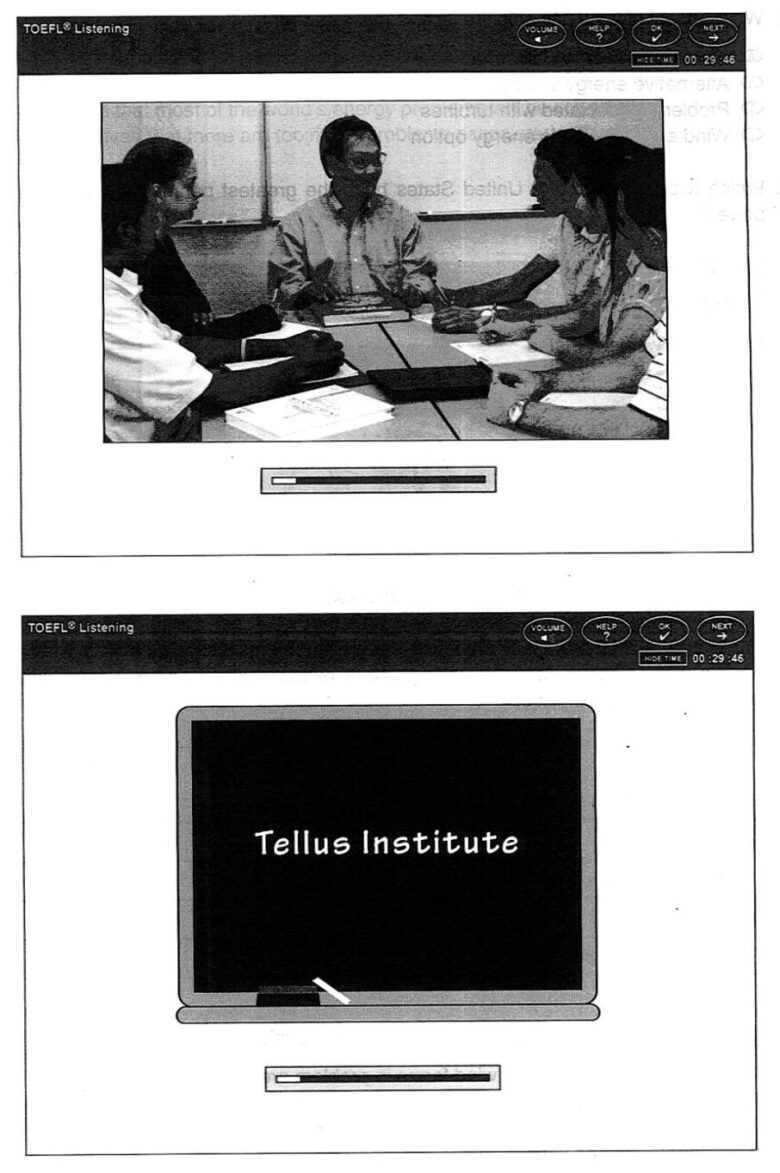 6. What aspect of wind power is the lecture mainly about?

7. Which two regions of the United States have the greatest potential for supplying wind power?
Click on 2 answer choices.

A. The Eastern Seaboard

B. The Midwestern Plains

8. Why does the professor say this: o

CD He is disagreeing with the figures.
CD He is expressing surprise at the statistics.
CD He is correcting a previous statement.
CD He is trying to maintain the students’ interest.

9. In the lecture, the professor identifies several problems associated with wind power. Indicate whether each of the following is one of the problems mentioned. Click in the correct box for each phrase. •

10. How did the Tellus Institute solve the problem of intermittent wind?

CD By building twice as many wind farms in problem areas

CD By moving wind farms into areas of steady winds

CD By using more wind turbines on each wind farm

CD By separating one wind farm into two locations

11. What is the professor’s opinion about the future of wind power?

CD He supports the use of wind power only as a secondary source of energy.
CD He feels that most of the world’s energy problems will be solved by wind power.

CD He believes that there are too many problems associated with wind power. 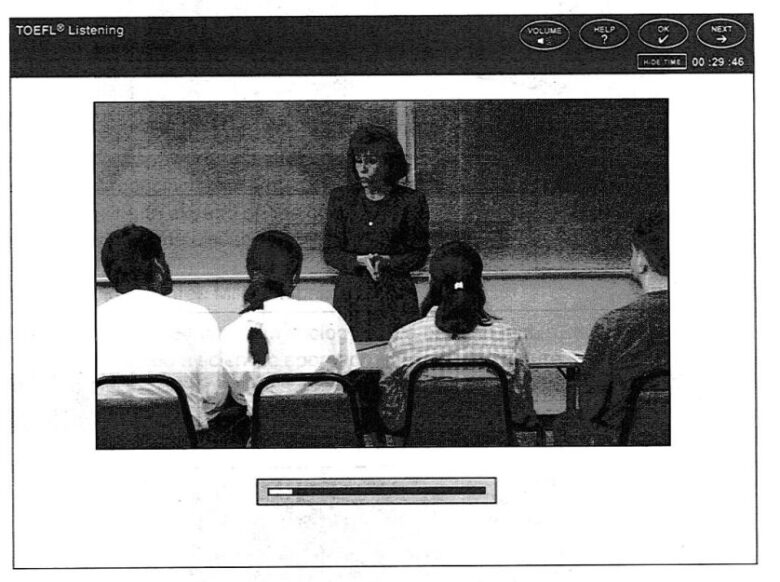 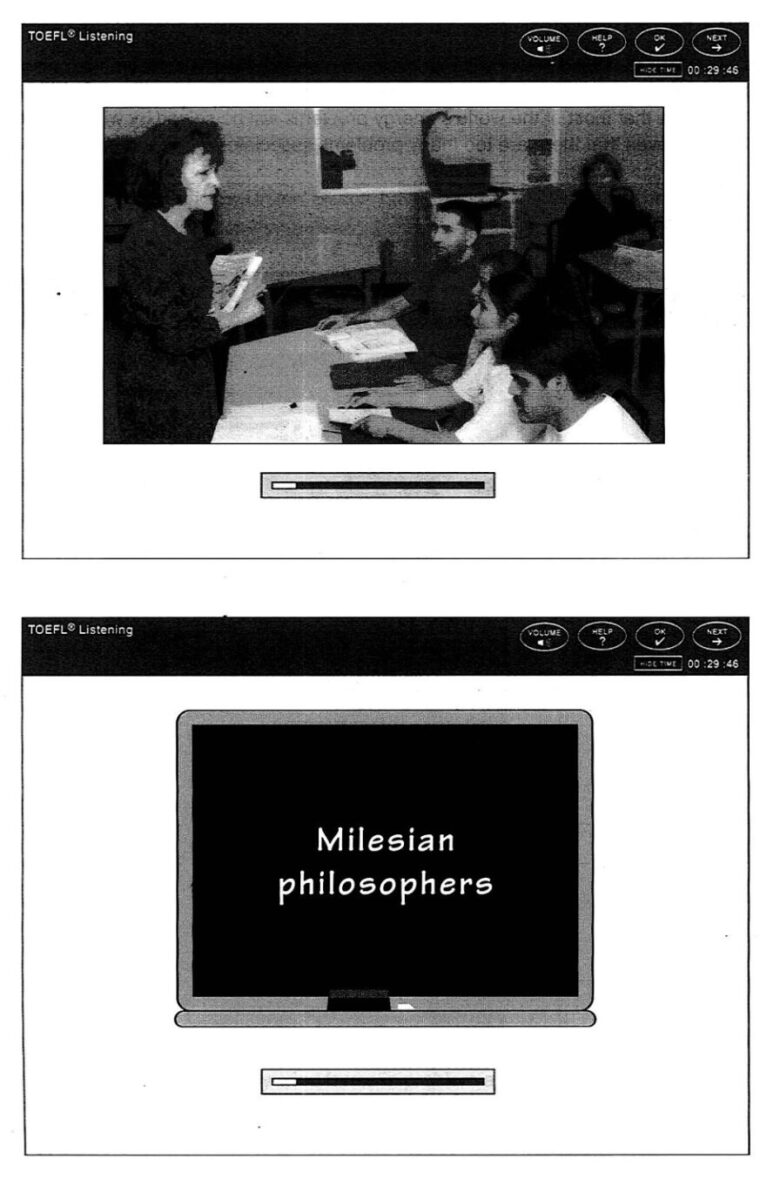 12. What is the discussion mainly about?

CD The laws of motion

CD The origin of water

CD The nature of the universe

CD The spirit of the world

13. Why does the student mention evolutionary theory?

CD He is digressing from the main topic.
CD He is trying to embarrass the professor.
CD He is expressing doubt about Greek philosophy.
CD He is comparing evolution to Anaximander’s theory.

14. Why does the professor say this:

CD She is not happy with the student’s response.
CD She is introducing an alternative view.
CD She is going to expand on the comment.
CD She is ending the discussion.

CD They all believed that the mythology had a basis in fact.

CD They introduced a scientific approach to explaining nature

CD They thought that water was the original element.
CD They all agreed with the teachings of Socrates. –

16. What can be inferred about the early Greek philosophers?

CD They were exploring the physical sciences.
CD They recorded many of the Greek myths.
CD They were primarily interested in religion.
CD They had contact with other European scholars.

17. What does the professor mean when she says this:

CD She is expressing strong agreement.

CD She is introducing doubt.
CD She is maintaining a neutral position.

CD She is asking the students to agree.

You can find Solution at here: Solution for Listening Practice Test 06