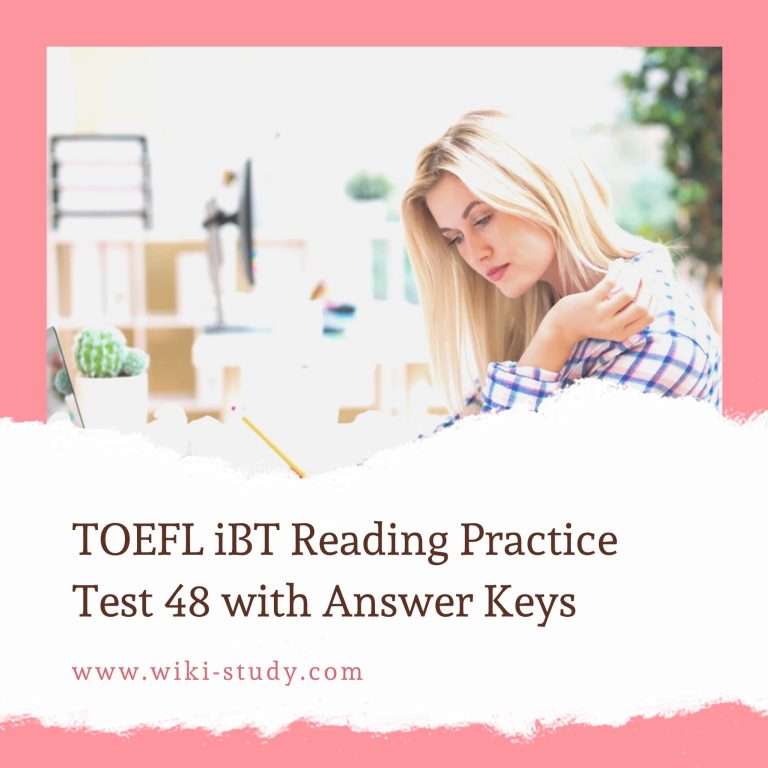 P1: If you look closely at some of the early copies of the Declaration of Independence, beyond the flourished signature of John Hancock and the other 55 men who signed it,
you will also find the name of one woman, Mary Katherine Goddard. It was she, a Baltimore printer, who published the first official copies of the Declaration, the first copies that included the names of its signers and therefore heralded the support of all thirteen colonies.

P2: Mary Goddard first got into printing at the age of twenty-four when her brother opened a printing shop in Providence, Rhode Island, in 1762. When he proceeded to get into trouble with his partners and creditors, it was Mary Goddard and her mother who were left to run the shop. In 1765 they began publishing the Providence Gazette, a weekly newspaper. Similar problems seemed to follow her brother as he opened businesses in Philadelphia and again in Baltimore. Each time Ms. Goddard was brought in to run the newspapers. After starting Baltimore’s first newspaper, The Maryland Journal, in 1773, her brother went broke trying to organize a colonial postal service. While he was in debtor’s prison. Mary Katherine Goddard’s name appeared on the newspaper’s masthead for the first time.

P3: When the Continental Congress fled there from Philadelphia in 1776, it commissioned Ms. Goddard to print the first official version of the Declaration of Independence in January 1777. After printing the documents, she herself paid the post riders to deliver the Declaration throughout the colonies.

P4: During the American Revolution, Mary Goddard continued to publish Baltimore’s only newspaper, which one historian claimed was “second to none among the colonies”. She was also the city’s postmaster from 1775 to 1789 – appointed by Benjamin Franklin – and is considered to be the first woman to hold a federal position.

1. With which of the following subjects is the passage mainly concerned?

(A) The accomplishments of a female publisher

(B) The weakness of the newspaper industry

(C) The rights of a female publisher

2. Mary Goddard’s name appears on the Declaration of Independence because

(A) she helped write the original document

(B) she published the document

(C) she paid to have the document printed

(D) her brother was in prison

3. The word “heralded” in paragraph 1 is closest in meaning to
(A) influenced

4. According to the passage, Mary Goddard first became involved in publishing when she
(A) was appointed by Benjamin Franklin

(B) signed the Declaration of Independence.

5. The word “there” in paragraph 3 refers to
(A) the colonies

(B) the print shop

6. It can be inferred from the passage that Mary Goddard was
(A) an accomplished businesswoman

(C) a member of the Continental Congress

7. The word “position” in paragraph 4 is closest in meaning to
(A) job

P1: Galaxies are the major building blocks of the universe. A galaxy is giant family of many millions of stars, and it is held together by its own gravitational field. Most of the
material universe is organized into galaxies of stars together with gas and dust.

P2: There are three main types of galaxy: spiral, elliptical, and irregular. The Milky Way is a spiral galaxy, a flattish disc of stars with two spiral arms emerging from its central nucleus. About one-quarter of all galaxies have this shape. Spiral galaxies are well supplied with the interstellar gas in which new stars form: as the rotating spiral pattern sweeps around the galaxy it compresses gas and dust, triggering the formation of bright young stars and in its arms. The elliptical galaxies have a symmetrical elliptical or spheroidal shape with no obvious structure. Most of their member stars are very old and since ellipticals are devoid of interstellar gas, no new stars are forming in them. The biggest and brightest galaxies in the universe are ellipticals with masses of about 1013 times that of the Sun, these giants may frequently be sources of strong radio emission, in which case they are called radio galaxies. About two-thirds of all galaxies are elliptical. Irregular galaxies comprise about one-tenth of all galaxies and they come in many subclasses.

P3: Measurement in space is quite different from measurement on Earth. Some terrestrial distances can be expressed as intervals of time, the time to fly from one continent to another or the time it takes to drive to work, for example. By comparison with these familiar yardsticks, the distances to the galaxies are incomprehensibly large, but they too are made more manageable by using a time calibration, in this case the distance that light travels in one year. On such a scale the nearest giant spiral galaxy, the Andromeda galaxy, is two million light years away. The most distant luminous objects seen by telescopes are probably ten thousand million light years away. Their light was already halfway here before the Earth even formed. The light from the nearby Virgo galaxy set out when reptiles still dominated the animal world.

8. The word “major” in paragraph 1 is closest in meaning to

9. What does the second paragraph mainly discuss?

(A) The Milky Way

(B) Major categories of galaxies

(C) How elliptical galaxies are formed

11. According to the passage, new stars are formed in spiral galaxies due to

(A) an explosion of gas

(B) the compression of gas and dust

(C) the combining of old stars

12. The word “symmetrical” in paragraph 2 is closest in meaning to

13. The word “obvious” in paragraph 2 is closest in meaning to

14. According to the passage, which of the following is NOT true of elliptical galaxies?

(A) They are the largest galaxies.

(B) They mostly contain old stars.

(C) They contain a high amount of interstellar gas.

(D) They have a spherical shape.

15. Which of the following characteristics of radio galaxies is mentioned in the passage?

(A) They are a type of elliptical galaxy.

(B) They are usually too small to be seen with a telescope.

(C) They are closely related to irregular galaxies.

(D) They are not as bright as spiral galaxies.

16. What percentage of galaxies are irregular?

18. Why does the author mention the Virgo galaxy and the Andromeda galaxy in the third paragraph?

(A) To describe the effect that distance has no visibility.

(B) To compare the ages of two relatively young galaxies.

(C) To emphasize the vast distances of the galaxies from Earth.

19. The word “dominated” in paragraph 3 is closest in meaning to

(C) were developing in

(D) were prevalent in

P1: Before the mid-1860’s, the impact of the railroads in the United States was limited, in the sense that the tracks ended at the Missouri River, approximately the centers of the
country. At that point the trains turned their freight, mail, and passengers over to steamboats, wagons, and stagecoaches. This meant that wagon freighting, stagecoaching and steamboating did not come to an end when the first train appeared; rather they became supplements or feeders. Each new “end-of-track” became a center for animaldrawn or waterborne transportation. The major effect of the railroad was to shorten the distance that had to be covered by the older, slower, and more costly means. Wagon freighters continued operating throughout the 1870’s and 1880’s and into the 1890’s, although over constantly shrinking routes, and coaches and wagons continued to crisscross the West wherever the rails had not yet been laid.

P2: The beginning of a major change was foreshadowed in the later 1860’s, when the Union Pacific Railroad at last began to build westward from the Central Plaints city of Omaha to meet the Central Pacific Railroad advancing eastward form California through the formidable barriers of the Sierra Nevada. Although President Abraham Lincoln signed the original Pacific Railroad bill in 1862 and a revised, financially much morengenerous version in 1864, little construction was completed until 1865 on the Central Pacific and 1866 on the Union Pacific. The primary reason was skepticism that a railroad built through so challenging and thinly settled a stretch of desert, mountain, and semiarid plain could pay a profit. In the words of an economist, this was a case of “premature enterprise”, where not only the cost of construction but also the very high risk deterred private investment. In discussing the Pacific Railroad bill, the chair of the congressional committee bluntly stated that without government subsidy no one would undertake so unpromising a venture; yet it was a national necessity to link East and West together.

20. The author refers to the impact of railroads before the late 1860’s as “limited” because

(D) railroad travel was quite expensive

22. The word “supplements” in paragraph 1 is closest in meaning to

23. What can be inferred about coaches and wagon freighters as the railroads expanded?

(A) They developed competing routes.

(B) Their drivers refused to work for the railroads.

(C) They began to specialize in transporting goods.

(D) They were not used as much as before.

24.The word “crisscross” in paragraph 1 is closest in meaning to

(C) move back and forth

25. Why does the author mention the Sierra Nevada in line 15?

(B) To identify a historically significant mountain range in the West

(C) To point out the location of a serious train accident

26. The word “skepticism” in paragraph 2 is closest in meaning to

27. The Pacific railroads were considered a “premature enterprise” (line 21) because

(A) the technology of railroad cars was not fully developed

(B) there was not enough wood and steel for the tracks

(D) there were insufficient numbers of trained people to operate them

28. The word “subsidy” in paragraph 2 is closest in meaning to

29. Where in the passage does the author give example of geographical challenges to railroad construction?

(A) steamboats, wagons, and stagecoaches. This meant that wagon freighting, stagecoaching and steamboating did not come to an end when the first train appeared; rather they
became supplements or feeders. Each new “end-of-track” became a center for animaldrawn

(B) distance that had to be covered by the older, slower, and more costly means. Wagon freighters continued operating throughout the 1870’s and 1880’s and into the 1890’s, although over constantly shrinking routes, and coaches and wagons continued to crisscross the West wherever the rails had not yet been laid.

(C) Pacific and 1866 on the Union Pacific. The primary reason was skepticism that a railroad built through so challenging and thinly settled a stretch of desert, mountain,
and semiarid plain could pay a profit. In the words of an economist, this was a case of

(D) risk deterred private investment. In discussing the Pacific Railroad bill, the chair of the congressional committee bluntly stated that without government subsidy no one would
undertake so unpromising a venture; yet it was a national necessity to link East and West together.