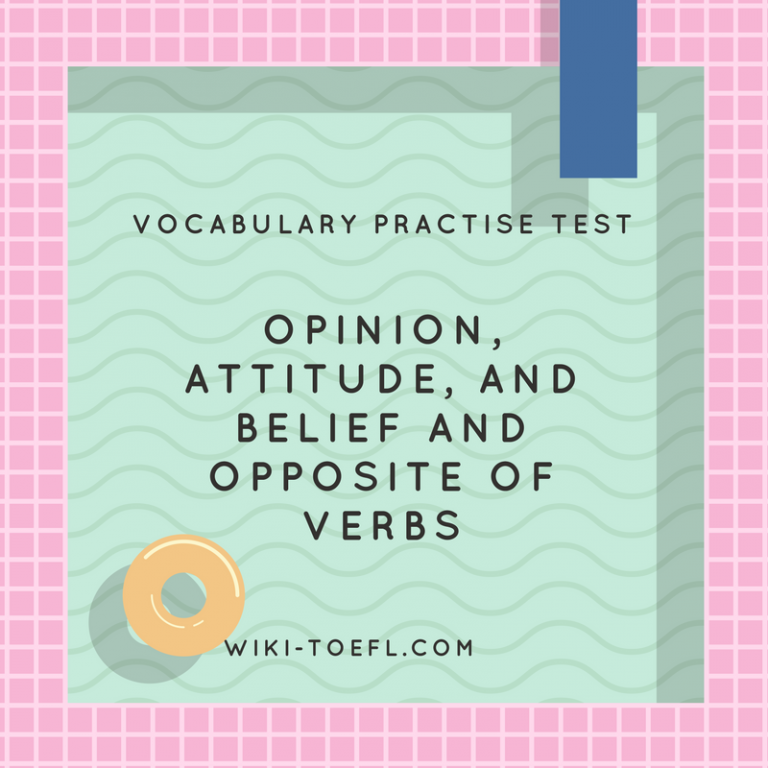 VOCABULARY PRACITSE 6: Opinion, attitude, and belief
1. As far as I am enodccenr, happiness is more important than money.
2. In my nponioi, technology is moving too quickly.
3. She aitainsmn that most young people would rather work than go to school.
4. We strongly pesctus that the proposal to develop the computer facilities will not go ahead.
5. I take strong etonepixc to people coming late or cancelling appointments at short notice.
6. The government are ingerdgar the debt that is owed by developing nations as a major barrier to global economic progress.
7. Scientists are cdnoevcin that human degradation of the environment is causing thousands of species to become extinct.
8. A lot of people are atifalnac about sport in general and football in particular.
9. I butdo that the new government will keep all its promises.
10. They come from a strongly taitoanrdil family who still believe in arranged marriages.
11. Do you popvisread of smoking?
12. The government are micedtomt to the struggle to end institutional racism in the police force.

1. They accepted the offer of a ceasefire.

2. He admitted telling lies in his original statement.

3. They agreed to meet to discuss the future of the organization.

4. The senator defended his opponent’s policies in a televised speech.

5. The apartments blocks they built were the ugliest in the city.

6. He complicated matters by rewriting the original proposal.

7. They continued their plans to assassinate the king when he opened Parliament.

9. Relations between the two countries have improved considerably in the last year.

10. He permitted us to present our petition directly to the President.

11. The members of the commune were punished for their part in the revolution.

12. He raised the overall standards of the company within two months of his appointment.

13. As soon as the sun rose, the demonstrators began to appear on the streets.

14. Prices rose sharply in the first three months of the financial year.

15. As soon as he had tightened the knots, he pushed the boat out.

16. To everyone’s surprise, she failed.

17. Tomorrow’s meeting has been brought forward.

18. The management said that they would be happy to borrow the money.

19. Several flaws in the design of the new model were revealed.

20. The course has been shortened to 12 weeks

21. I don’t want to underestimate his role in the club.

22. Attendance has increased since the new professor took over the course.

23. Fuel supplies have been exhausted.

24. Despite having a bigger and cheaper choice of healthy foods, many Americans have lost a lot of weight.

25. Following the revolution, the monarchy was restored.

26. The company started seeing some success once they dismissed several employees.