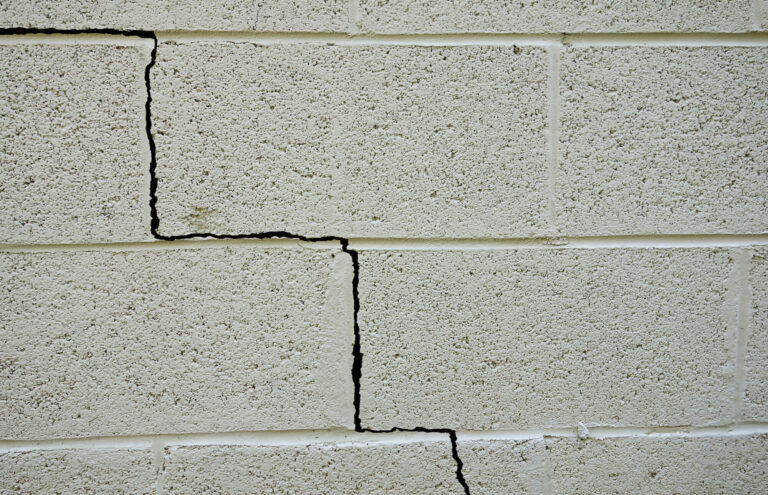 Even the best constructed and reinforced foundations are no guarantee that the building will not crack if the problem is in the ground. Soil displacement occurs for several reasons. This can happen due to earthquakes, landslides – but also other factors that affect the movement of the soil. Still, in the end, it creates a big problem on our house foundation. Then cracks appear which can be very dangerous and expand so that they can endanger the entire construction. Diagonal cracks are especially dangerous. Here’s how to solve this problem if it arises.

Causes That Lead To Cracks In The Foundation

Unlike earthquakes and landslides – subsidence or soil collapse is most often caused by the impact of the water from a sanitary facility, such as a burst pipe. There are also problems with poor drainage or groundwater. Meteorological changes, long droughts, and heavy rains in recent times also significantly affect the underlying soils – especially those of clay origin. Different depths of foundations and extensions are also common causes of the occurrence of differential subsidence of part of the building.

Which Cracks Are Innocent And Which Are Serious?

Cracks of mesh and star shape most often indicate poor material or plaster performance. They are more harmless and can be repaired. On the other hand, vertical, horizontal, or diagonal cracks are mostly of a continuous character and indicate differential subsidence of the foundation. Such cracks are not harmless and lead to a serious collapse of the building. Keep in mind that any collapse of an object usually starts with even the smallest crack of that type. So is there a way to repair diagonal cracks?

Call An Expert To Determine The Cause

In case of a diagonal crack on your foundation, an expert should be called immediately to determine the cause. According to Foundation Repair Bonita Springs, FL, it would be wrong to do only cosmetic repairs, and not determine the cause of the cracks. It’s even worse if the cracked foundation is simply covered with thermal insulation, styrofoam, etc. Also, very often it is not enough to just perform remediation of sewage because the water has already done damage. After that, we can also detect a frequent progression of subsidence due to the sudden drying of the soil. Soil subsidence problems can be solved in several ways, both traditional and modern.

Drying Out And Special Mixtures For Strengthening Concrete

Water is often the cause of diagonal cracks on the foundation. Residential buildings or houses with flat roofs often drain water into the center of the building – and without checking the correctness of drainage often wash away and degrade the foundation soil. If we notice some of these indicators, experts should be hired to inspect the situation – and, if necessary, recommend additional actions such as monitoring the displacement, soil testing, or final remediation of the foundation or foundation soil.

If too much moisture is the reason for the appearance of cracks – the soil must first be dried, and the crack is then repaired sufficiently. You can repair some of the smaller cracks with concrete hardening compounds. Cold pour joints, shrinkage mixture, etc. – are also used but it is still advisable for experts to deal with this.

Under concreting and jet grouting of cement slurry are methods by which a load of an object is mainly transferred from the bottom of the foundation to a solid and load-bearing soil or rock – experts say. However, today we also have more modern methods such as injecting polyurethane expanding resins.

Resin injection uses a very lightweight material that does not lead to additional soil load. Resin injection is performed without digging the soil, which is why it is very applicable for the rehabilitation of internal foundations, or hard-to-reach buildings.