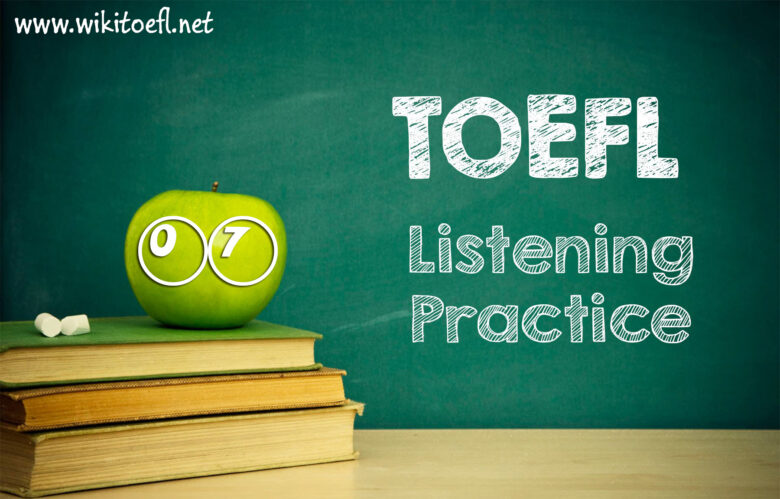 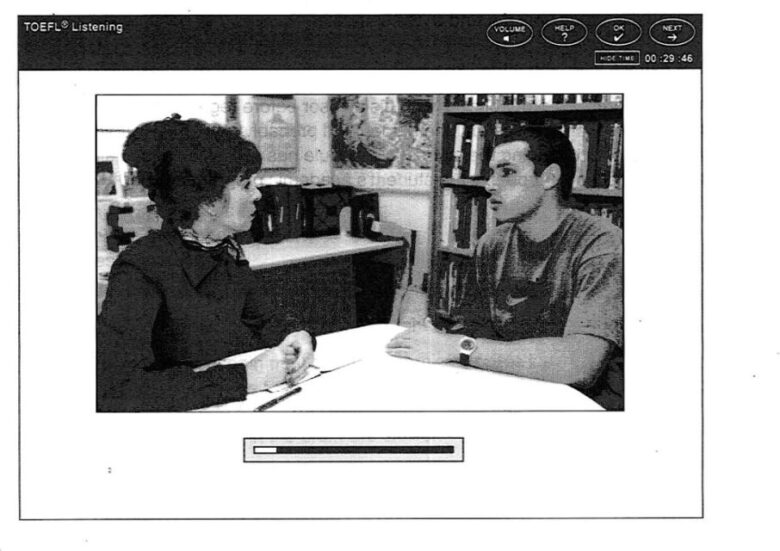 35. Why does the man go to see his professor?

CD He is worried about the professor’s class.
CD He wants to bring up the grade in her class.

CD He would like some advice about his classes

CD He needs to get the woman’s signature.

CD He is apologizing for the problem.
CD He is asking the woman to explain.
CD He is thinking of what to say next.
CD He is correcting the professor politely.

CD He is taking too many classes this semester.
CD He is failing one of his required courses.
CD He has a problem with his academic advisor.
CD He took classes with heavy reading assignments.

38. What does the professor suggest?

CD Registration for a course in how to read faster

CD Intensive study until the end of the semester

39. What can we infer about the situation?

CD The student will probably talk with his advisor before registration next term.

CD The professor believes that the student will probably not take her advice.

CD The date for changing the student’s schedule has probably passed already.

CD The professor is probably the student’s academic program advisor.

40. What is the lecture mainly about? –
CD Neurotransmitters

41. What are neurotransmitters?
CD Chemical imbalances

CD Chemicals in the brain

42. What happens when there is a reduction of light during the winter months?
CD An increase in melatonin may cause a chemical imbalance.
CD The pineal gland begins functioning to compensate.
CD The retina of the eye opens to receive more light.
CD The mental processes in the brain are slower.

43. Why does the professor think that the acronym S.A.D. is unsuitable?
CD She did not participate in creating the acronym.
CD It does not reflect the seriousness of the problem.
CD Some of her patients object to the acronym.
CD The acronym is not an abbreviation for the words.

44. What does the professor mean when she says this: ; ;
CD She is reminding the students of previous facts.
CD She is disagreeing with the statistics.
CD She is indicating that the example is unimportant.
CD She is expressing uncertainty about the information.

45. In the lecture, the professor reports the preliminary results of her research. Indicate whether each of the following is one of the findings. Click in the correct box for each sentence.
• Yes No
A. Morning exposure for the treatment is superior.
B. A regular sleep schedule supports therapy.
C. Eye damage occurs in only a few subjects.
D. Sessions of less than two hours are preferable.
E. Fluorescent lighting cannot be used for therapy. 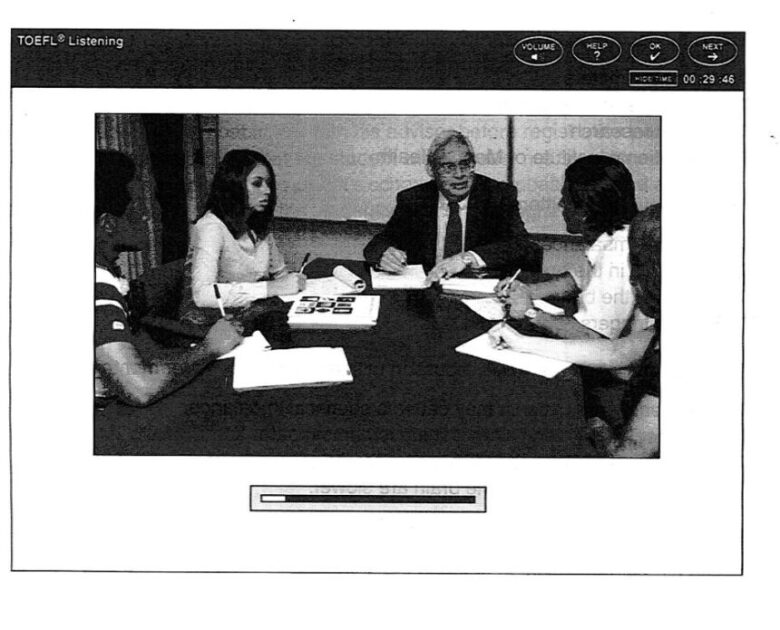 46. What is the discussion mainly about?
CD The theory of everything .
CD Einstein’s unified field theory

47. How does the professor explain the closed string?
CD He refers the students to a web site.
CD He rewords the definition in the book.
CD He compares it with a thin rubber band.
CD He contrasts it with an open string.

49. According to the discussion, what reason does the man give for rejecting string theory?
CD There may have been errors in the mathematical calculations.
CD Strings have not been observed in a laboratory.
CD String theory does not prove the theory of everything.
CD The experiments were not performed correctly.

51. Why does the professor suggest that the students visit a web site?
CD The textbook does not have the latest information about the topic that they will debate.

CD The web site should provide objective data, which they can use for the next discussion.

CD The professor wants the students to understand the history of the theory they are studying.
CD The site will prepare the students to complete mathematical calculations before the next class.